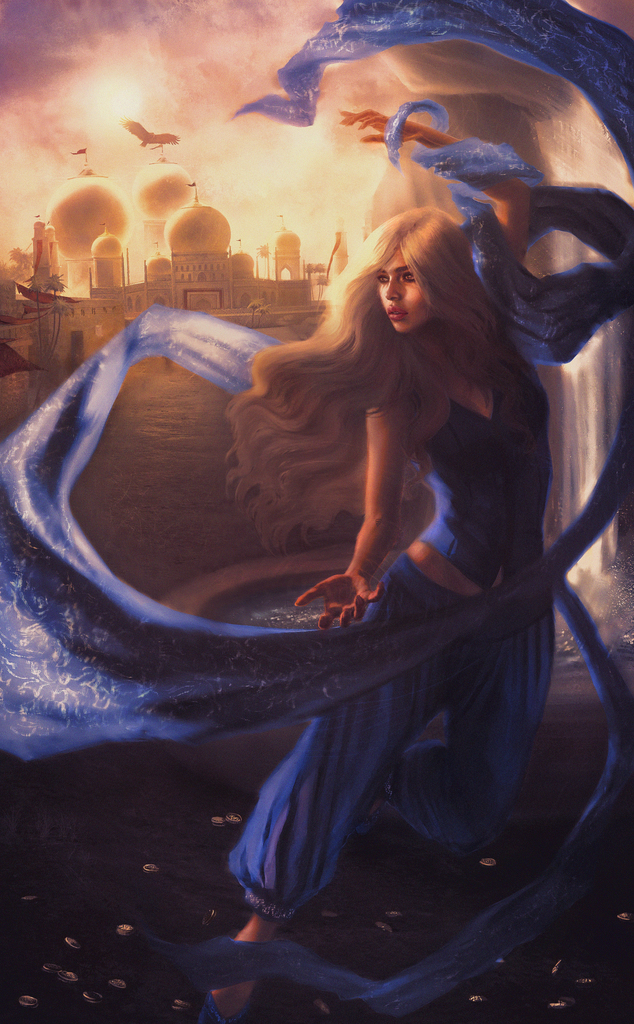 Jeremy TeGrotenhuis wrote “The Minarets of An Zabat” a story where an imperial sorcerer must navigate love, duty, and betrayal to find the place where he belongs.

There’s a thread of insurgency, anti-colonialism, and resistance that vibrates with a restrained energy throughout the story. It’s hard to read it and not read it as, at least to some extent, a reflection on what conquerors do those they conqueror, as well as whether the conquered can really assimilate into the culture of their conquerors.

For being a novelette in a short story anthology, it keeps the pages turning. The prose Jeremy uses is engaging, and the world building is spectacular. I can imagine these characters playing a drinking game and dancing in secret at night. He is working on a novel set in the same world, and I can’t wait to see it come to life.

His other work is available elsewhere, including “The Broken Karwaneer” at Beneath Ceaseless Skies, He also tweets @jeremyteg.

Brenda Rodriguez’s illustration captures the magic system that Jeremy designed in dynamic detail. In the story, magic gives control of wind, and tiny whorls dance around the image. Further, the idea of dance is both culturally and magically significant, and the image of a dancer frozen mid-step is a powerful connection to the story.

As Jeremy said “this is not how I imagined the scarves in the story looking. This is about a thousand times cooler than I imagined them looking. So this is what they look like now.”