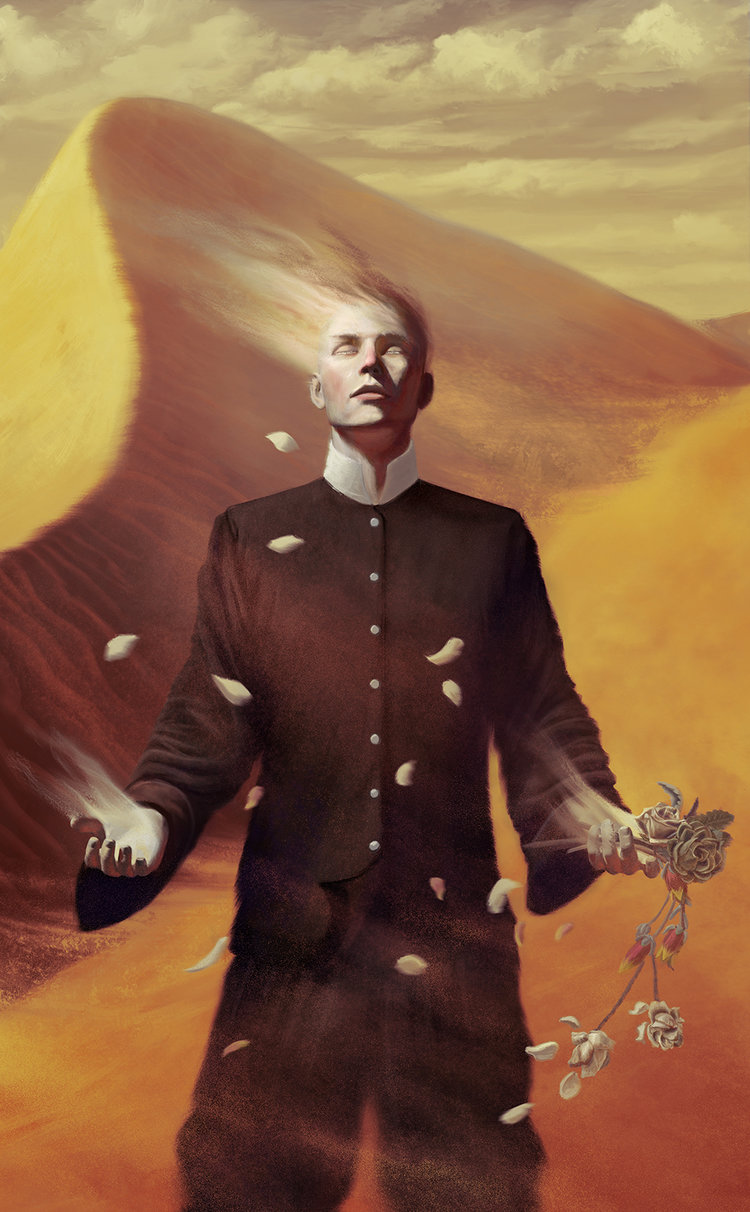 Erin Cairns’ story, “A Smoking and Scorchless Fire,” when a government agent’s brainwashing begins to fade, he plans to walk into the desert to die. But will the gangster princess who’s adopted him as her unwitting savior let him go so easily?

Erin captures the internal struggle of free will against design, delving into philosophy of choice, of what agency our creations may eventually have, and what lengths those creations might go to in order to exercise the free will we take for granted. Plus it has one of the most amazing descriptions that I can’t even think of how to hint at it without ruining it even a little bit, and I do not want to ruin it even a little bit. (Hint: it involves a metallic garment).

Kyna Tek’s illustration was the first piece of art I saw during the reveal that I matched to its story. That’s partly because it was situated right in front of the door, but it’s also because the reds and oranges grab the eye and don’t let go. The image of Deacon being blown away on the wind is hauntingly peaceful, which fits perfectly with Kyna’s description of his piece as one that “depicts the main protagonist’s desire to be swept away from the golden land that traps him.”